The rifle shells that were originally found on the 6th floor of the Texas School Book Depository on November 22, 1963 were switched after 1978. The photo gallery below includes the figures and source photos for “The National Archives Switches Shells in Midstream” by Publius. You can also see some of these photos at the National Archives website. I am including them here in case they are updated or deleted by NARA. I published this information on November 22, 2016 for the 53 year anniversary of the John F. Kennedy assassination. The three shells are widely known by their Warren Commission exhibit numbers: CE 543 (dented shell), CE 544, and CE 545. The 2012 photos and the NARA website photos prove that the shells were mislabeled during the time in which NARA had control of them. 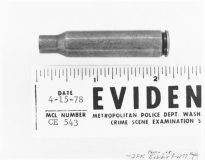 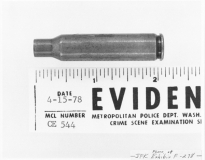 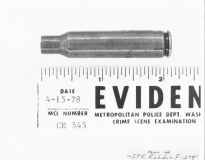 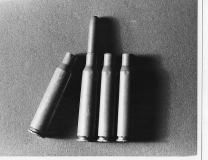 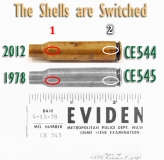 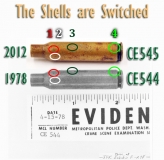 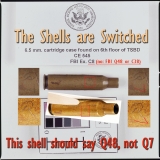